skip to main | skip to sidebar

For more SkyWatch photos from all over the world, click here. 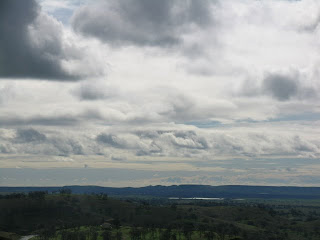 This photo was taken just this morning. They said no more storms until Monday but it's been drizzly all morning and obviously this is a storm coming in. There are creeks and ponds where there never was before. For a dry and arid climate, the ponds, streams, creeks and waterfalls are cool to see.

We take electricity for granted. It's always there. Except when it's not.

We were out of electricity for four days!

Four days of a cold house (it snowed Thursday night), no hot water so no shower, no cooking meals uh, no cooking at all. And the worry of losing all the food in the refrigerator and freezer. It was quite frankly, unbearable and I handled it badly. I whined a lot!

A pole went down in high winds from days and days of storms coming through central California and up into the Sierra foothills. The pole was in an area with no roads and apparently it was in an area that was unobtainable until the storms quit. Which they didn't but I guess yesterday there was enough of a break that PG&E was able to access the area via helicopter and make the repair. I heard (not on the news because no TV) from others that there were 16,000 people out of electricity.

My dad came up yesterday and got a propane heater going so I finally had heat and a generator that worked for a few hours gave me a hot shower and a chance for the refrigerator and freezer to cool down.

I like to camp and we used to really rough it when we camped but it was always in good weather and we went prepared. This was not like camping because I was totally unprepared to be without lights, heat, hot water and any way of cooking. I couldn't even get the BBQ to work.

I was so relieved to have electricity this morning. I had my first cup of coffee since Thursday, started a meal in the crock-pot and started a load of clothes in the washing machine.

I appreciate electricity now. It's good to have and totally miserable when you don't.
Posted by Caprice- at 12:30 PM 1 comment:

For more SkyWatch photos from all over the world, click here. 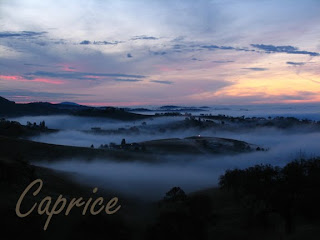 These photos were taken in the last week or two and (forgive me!) I think they're great. Last week I took my son to the bus and we crossed the road and started up the hill and voila! out of the fog we came! So I grabbed my camera and started shooting as the sun came up and the sky turned from pink to gold to blue. The fog lays like a blanket and the beautiful hills of Don Pedro poke up through it. 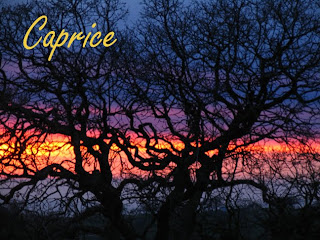 Then a few days ago we had a horrible storm here. It poured buckets all night long (my poor horses!) and at 5 AM I was rudely awakened by a huge clap of thunder right over my head! The dog couldn't take it and jumped in bed with me then vibrated with fear so badly I was afraid she'd have a heart attack. The next day the sun came out and we enjoyed scattered showers and long moments of blue skys. This is the sunset from that day. I thought the colors were brilliant! (click on the phot to enlarge it to see the different colors of the sunset.)
Now for the bad news. I can't keep this blog up. As those of you who "follow" me and I follow you, you know I post only occasionally now. I tried to keep it up but it's just not possible. Too much homework, work-work, kid-work, etc. I'll check in on all of you this year but I have to give up regular posts on my blog.
This is not goodbye, just farewell for now!
Posted by Caprice- at 11:17 PM 6 comments: 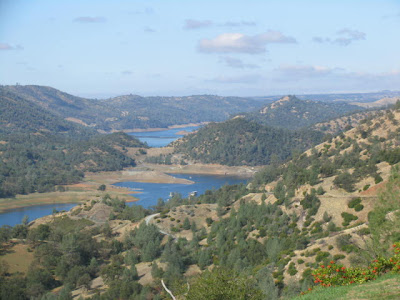 For more Watery Wednesday Photos, please CLICK HERE.
This is lovely Lake Don Pedro, specifically Moccasin Point. Our lake is one of the largest in the state and a great place to live and play! Hope to see you all here sometime!

I attended a meeting tonight about the Lake Don Pedro Community Services District board called by past HOA president, Vicki Keefe. The agenda consisted of what to do about the current boards misuse of funds. While there I believe a bigger, more dangerous question came up.

Is our water safe to drink?

A parent of a former employee was there and stated that her son quit CSD after being told to cut the amount of chlorine that was supposed to be added to the lake water so it is safe to drink. She said he quit because of it.

There were only about 20 people at the meeting tonight and there will be many more needed to recall the four board members who voted a pay raise when the CSD is close to running in the red.

How many will it take to recall all five of them if they are cutting corners and risking the health and well-being of our kids and family?

But I care if they're messing with the water!!!! And I plan on doing something about it.

I hope you will join me!

Been Gone Too Long! 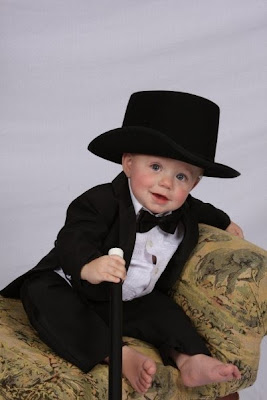 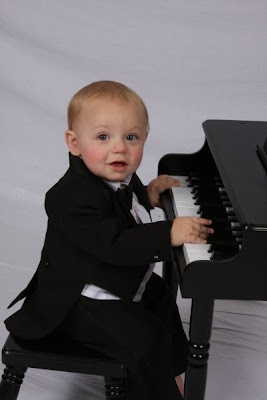 
Hey Blogger Friends! Sorry I was gone so long. Summer was SO busy! Took a short trip with my son to Seattle and had a great time! Been busy with work- not all good unfortunately but that's why they call it work, right? If it was fun, it would be called somethiing else.

This is my Grandson Kody. Isn't he quite the Dapper Man? And already playing Chopin!

I'll post some of my Seattle pics on Friday. Got some great SkyWatch and Watery Wednesday pics.
Posted by Caprice- at 8:01 AM 1 comment: 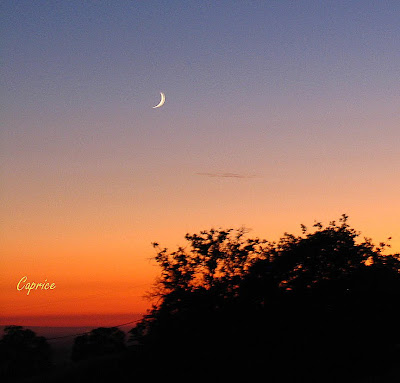 For more SkyWatch photos around the globe, click here.
I hate to be redundant but this was a shot I took a few weeks ago and thought I'd share this week. And I haven't been taking my camera with me since it's been so hot so I'm low on SkyWatch pics.
This picture was taken, as usual, right off my back patio. I am so blessed to live in such a wonderful home and in such a beautiful area. I love to sit on my back porch, especially at dusk to watch the sun set behind Mt. Diablo and watch the lights come on in the valley and the stars start to shine. I get to enjoy the seasons here and my favorite is summer. I'm a sun worshiper and even though I know it's not good for me, I do like to lay in the pool and catch some rays.
I'm now advertising my home on homesforexchange.com if anyone is interested in exchanging homes and enjoying our beautiful California sunshine, the lakes, the mountains, golf and all the other great things to do here. I'm hoping to travel to Puget Sound this fall and back to Oklahoma later on to see my beautiful Grandson Kody and my son Jeremiah and his family. And with any luck someone will stay in my home and enjoy it and I can stay in theirs. Did you see the movie Holiday? It's worth renting. and it's all about exchanging homes for your holiday instead of staying in a B&B or hotel.
Have a fantastic Friday!
Caprice
Posted by Caprice- at 9:25 PM 3 comments: 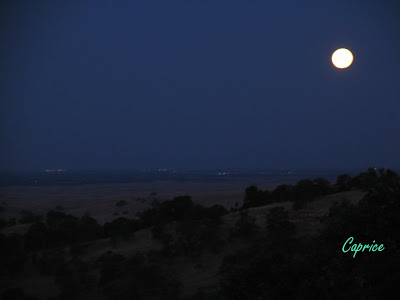 For more SkyWatch photos from all over the globe, click here.
Didn't mean to stay gone so long. Gettin' busy tryin to get a new job. Got laid off from my contractor accounting job and looking for somehting to replace that 2-3 days of work. Had 2 interviews today and one would be a super cool place to work. Really praying that is the place God wants me to be. Please pray too, any p/t job will do.
I took this picture during the May full moon. It's looking off my back deck, over the hills below me and into the central valley (the lights are approx. N. Merced/Atwater area). I love this view. I've lived many places but this is by far the greatest place I've ever lived, with the beautiful views, my horses Sandy and Dani here with me and the pool. When it's hot and sultry the pool is the best place to be. At night I float and watch the stars come out. Listen to some jazz, or Christian, or rock, or country... depends on the mood.
Hope you enjoy this view as much as I do.
Have a super weekend.
Caprice
Posted by Caprice- at 7:42 PM 8 comments:

My Life, My Faith, My Photos

Caprice-
Don Pedro Lake- Beautiful Gold Country in the Sierra Nevada Foothills, California, United States
This is a place where I can share my faith in God, my photographs and the beautiful place that I live with my son. All of the photos on my blog were taken by me. Please do not copy any photos without my permission.

What breed of horse are you? Find out!

Other Horse Crazy (Or Just Crazy) People Like Me. . . 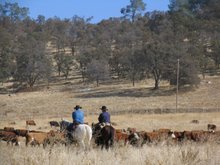 Lake Don Pedro is located in the Sierra foothills of California, 45 minutes east of Modesto, 40 minutes south of Sonora and 40 minutes north of Merced. It stradles Mariposa and Tuolumne County in the unincorporated areas of La Grange and Coulterville.
Minutes from two recreational lakes, Lake Don Pedro and Lake McClure,for summer water sports, and a short drive to the historic gold rush town of Jamestown and Yosemite National Park. There is much to do here including swimming, water skiing, jet skiing, houseboating, sailing, fishing, lakeside camping, hiking, climbing, horseback riding and some great shops and restaurants to visit. 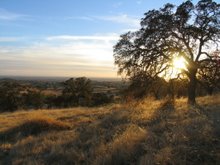